Globalisation is a trending topic for the Top European Football clubs in Digital Media. We compared the Top3 teams in four European Football leagues, show their cumulated Top 3 countries of following on Facebook and the registered growth during past two years. But not always do Facebook communities grow, sometimes there are challenging countries, because of player transfers, loss of interest or platform reasons (like spam or inactive accounts). 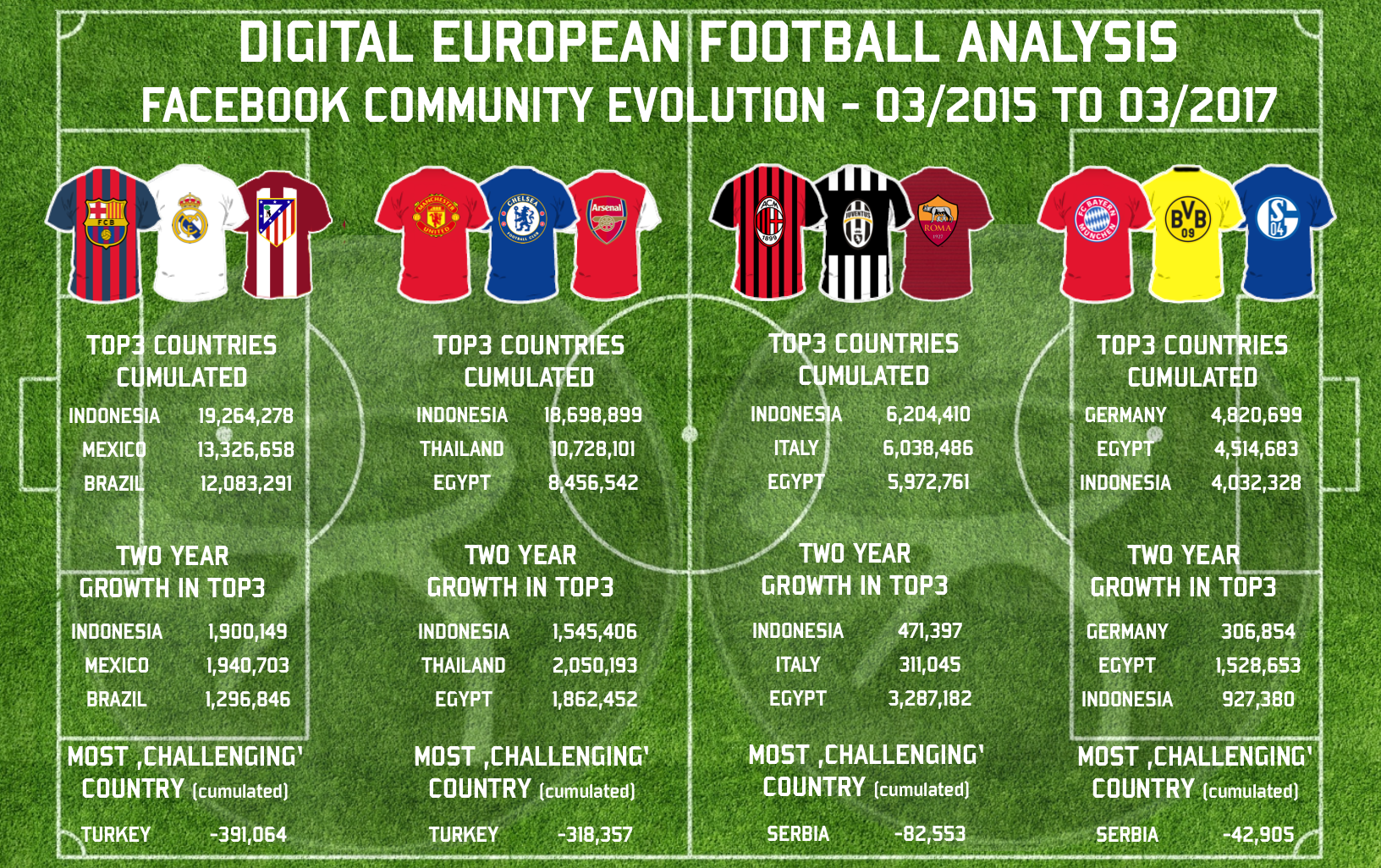 The study included three clubs each, from LaLiga, Premier League, Serie A and Bundesliga with the largest Facebook community.

We added the communities of each country for the three clubs, representing the league and compared with our database from 2 years ago, March 2017 to March 2015. The findings were quite interesting, as not always were the communities growing. When clubs sold players, the Facebook community in this country has been shrinking, or when a club purchased a player, the impact on Facebook could be seen. Most recognisable, the signing of Mohamed Salah of AS Roma, which lifted the clubs Facebook community into new heights.

How to read the visual?