When it comes to football transfers we often refer to the commercial benefits, or lack of them, and how the player will fit in to the team during the coming season. One of the lesser looked at stats is how the social media following of both the buying and the selling club change as a result.

After West Ham’s recent signing of Bayer 04 Leverkusen’s Javier ‘Chicharito’ Hernandez, RESULT Sports took a look at just this and produced some very interesting findings (below).

In the month of July, Leverkusen actually lost fans across all platforms, over 80,000 in total! With the biggest desertion coming from ‘fans’ located in Mexico.

Contrast that with West Ham, the buying club, and the contrast is an obvious one. The Hammers gained a whacking 303,000 new supporters. Of which almost half come from Mexico.

“The digital power of player is ever increasing. A club like Bayer 04 Leverkusen is unable to compensate the community fan loss through organic growth.“ shares Mario Leo, CEO of RESULT Sports. “Chicharito has a tremendous support in Mexico and the hispanic football community in the United States and now West Ham immediately ‘earns’ this interest. Why? Because football fans see more content from directly the clubs about the player, as the player shares on social platforms.” 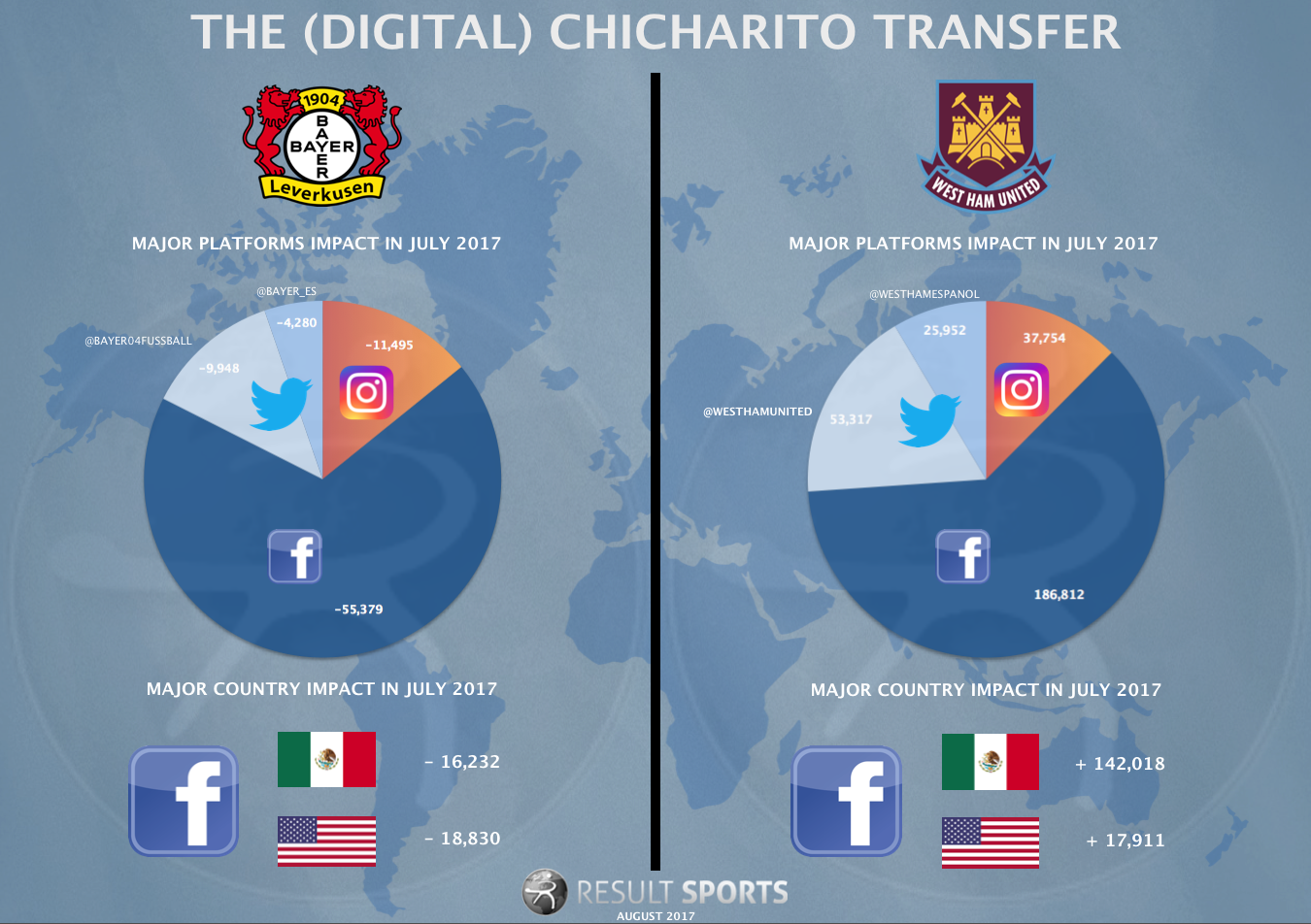 So if you hadn’t noticed it before, the nationality of a player has a massive bearing on the size and makeup of the social media following that club has. Players plying their trade abroad receive great interest as they are not only representing that club, they are an ambassador for their country in. So wherever the player goes, that country’s fans will follow.

So the £16m transfer for Chicharito was not only a case of buying a great striker, but also hundreds of thousands of social media followers as well (is this a new way of buying fans?!), opening West Ham up to a new market and potentially greater revenues.

And Bayer 04 Leverkusen did not have the organic strength to ‘replace’ the leaving fan community with the addition of new online fans. Quite a number of clubs will face the same challenges in the future!

With Neymar now by some distance the world’s most expensive footballer, a player who is celebrated and idolised by millions of Brazilians, it will very interesting to see what effect it will have on the followings of both Barcelona and PSG. Maybe one for the next RESULT Sports analysis.